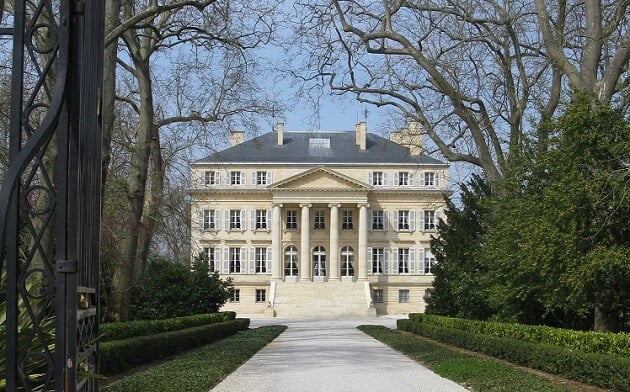 Abigail Friedman - Senior Buyer - reflects on the potential of the 2014 vintage and discusses the future of Bordeaux en primeur.

Unlike the last three Bordeaux en primeur campaigns, the anticipation is high for the 2014 vintage, and early reports are giving us every reason to believe that this will be one to make the world sit up and take notice. Though the 2014 vintage hasnâ€™t received the acclaim of the recent greats, 2005, 2009 and 2010, it is drawing comparisons to the easy-drinking charm of 2001, the classic and precise style of 2004 and yet with a surprising amount of density to rival that of 2005.

The overwhelming feedback from those who have already tasted this vintage is that the quality is very good, easily the best itâ€™s been since 2010. The long, warm autumn allowed the late-ripening Cabernet Sauvignon and Cabernet Franc to flourish so the wines from the Left Bank will be the ones to watch. Furthermore, it is no secret that the two major buying currencies (GBP and US$/HK$) are looking very strong against the Euro at the moment, which should give a crucial extra incentive to potential buyers in these markets to take advantage.

After several disappointing years, it is with a global sigh of relief that the 2014 is giving us every reason to be optimistic in Bordeaux, albeit guardedly so. Every year the wine world holds its breath in anticipation of awaiting the news from the Gironde, and the question always remains the same: â€œIs this a vintage to buy?â€ In such an ancient and complex region as Bordeaux, it is safe to say that the answer is never as straightforward as we would like it to be, and more and more it is coming down to the individual commune and Chateaux.

Changing weather patterns and vastly improved methods of viticulture and vinification mean that even in a negatively perceived vintage like 2013, there are fewer and fewer vintages that would be truly be considered â€œpoorâ€ anymore. Instead the challenge becomes finding the right vintage for your particular tastes rather than the right vintage overall. For a true wine lover, this is very encouraging. Whether you prefer the classically styled 2004â€™s or the ripe full-throttle 2003â€™s, there is an emerging selection of vintages to suit a wide array of tastes.  That said, it is unlikely that the concept of a good vintage versus a poor one will go away any time soon. So how do we find a balance between an evaluation of the â€œqualityâ€ of the vintage versus the character of the vintage?

2014 came roaring out of the gates with indications of an excellent vintage ahead. Although the winter was one of the wettest on record, it was also very mild, allowing for the early flowering and bud-break which gave vineyard managers all the tools they needed to work their magic among the vines. In the end, this was a bit of false advertising as the year proved far more complex, with uneven weather patterns in summer demanding careful tending in order to coax the full potential out of the vines. For those who embraced the character of the vintage there were plentiful rewards for their faith in their terroir, as the autumn warmed beautifully into a spectacular Indian Summer, allowing the Cabernet Franc, Cabernet Sauvignon and Petit Verdot to reach an optimum level of ripeness.

Though the weather was unpredictable over the course of the growing season it was never considered disastrous, aside from some isolated hail in the Medoc. With careful management and a keen sense of timing individual chateaux, who held their nerve and practiced patience, managed to produce excellent wines with ripe fruit character and a firm structure built for long-term ageing. As we prepare to embark on our week of tasting these highly anticipated wines, we have yet to know for certain what 2014 has in store for us, but we have every reason to believe that this vintage is at last one to be excited about.