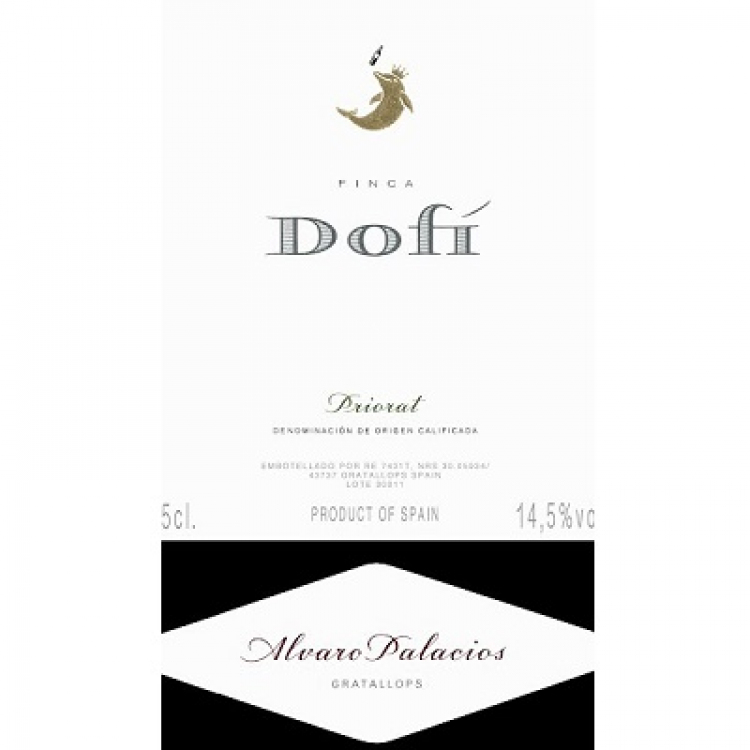 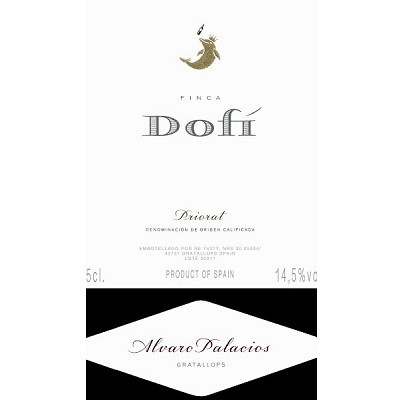 This is a very tight and fine-grained red with a compressed mouthfeel. The fruit comes through to a class and elegance. Such length. Ethereal structure. Unique. Drink or hold.

The 2015 Finca Dofí is mostly Garnacha with a 4% pinch of Cariñena and some white grapes from the vineyard that names it. Although there are some differences, mainly in the fringes and extremes, most of the soils from Priorat are very similar, with decomposed slate called llicorella. Most of Palacios's wines are produced in a very similar way, with natural fermentation of destemmed and crushed grapes in oak vats and élevage in oak casks—in this case, larger bocoys and foudres—for 16 months. This wine has gained in drinkability since 2010-2011, and this lighter vintage feels even more approachable, with very clean flavors and unnoticeable tannins. It finishes very tasty and with subtle earthiness. 22,742 bottles produced. It was bottled in March 2017.

The Palacios name is revered in the world of Spanish fine wine. The family's patriarch José Palacios Remondo started his Rioja winery in 1945, and with four of his nine children following in his footsteps, the dynasty lives on. His seventh child, son Álvaro Palacios put the acclaimed region of Priorat on the map with one of Spain's finest, most sought-after wines; the genre-defining L'Ermita.

Decanter Man of the Year (2015), Álvaro Palacios joined the hall of fame alongside winemaking legends; Robert Mondavi, Angelo Gaja & Serge Hochar. Having spent 2 years working at Petrus under Jean Pierre Moueix, before working alongside Rene Barbier, one of the biggest names in Priorat, Álvaro was well equipped when he started his own winery back in 1989.

Álvaro is "the dynamo and tour de force that has propelled Priorat to the forefront of the Spanish wine scene" – Luis Gutierrez, Wine Advocate. The scarcity and excellence of his flagship L’Ermita mean it comes at a premium, which is why it gives us great pleasure to offer the more affordable, and excitingly the highest-scoring vintage yet of Alvaro Palacios Priorat Finca Dofi 2019.

If your bid is successful, you will receive an email notification of your purchase. The price you are bidding also includes delivery to the nearest Cru storage warehouse to the current location of the item. However, there may be an additional transfer charge to move the product to another warehouse for delivery.
Confirm your bid ×
Loading
Condition Report Image ×

Live Chat with a Cru Advisor
×
×